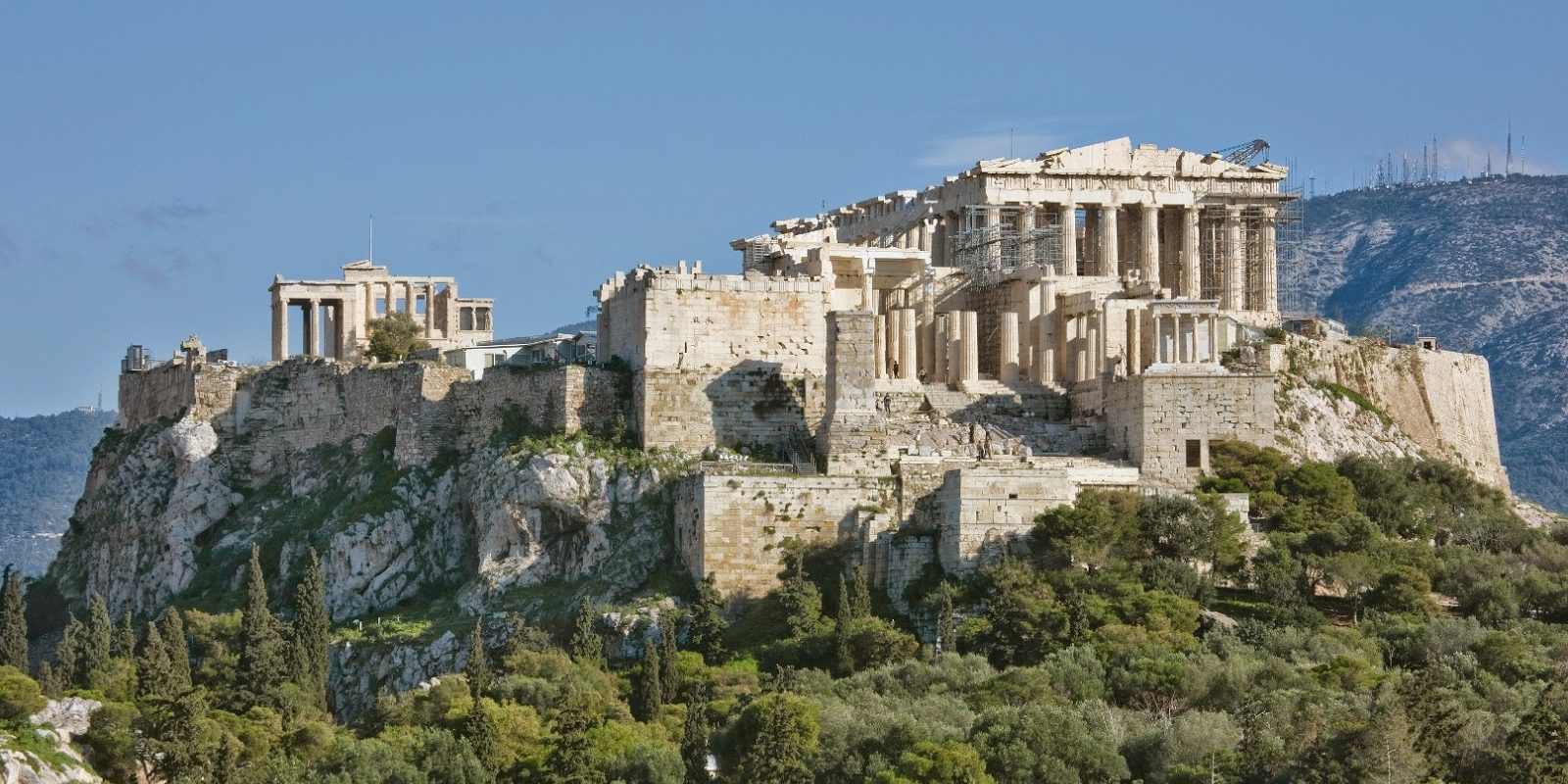 Visit Olduvai Gorge, one of the most important prehistoric sites in the world, Engaruka – famed for its irrigation and cultivation system, and the cultural heritage at the coastal cities of Tanzania.

Study trip in Archaeological sites such as Olduvai Gorge, Engaruka, Laetoli, etc. Olduvai gorge a geological and paleontological site, which is the one of the most important prehistoric sites in the world and has been instrumental in furthering understanding of early human evolution, Engaruka is an abandoned system of ruins in the Great Rift Valley of northern Tanzania, famed for its irrigation and cultivation system. It is considered one of the most important Tanzanian archaeological sites, and also a travel to some national parks of Tanzania such as Saadani National park a place where the beach meets the bush and also has many different wild animals and plants and Udzungwa Mountain National Parks which is the one of Tanzania’s most outstanding, pristine, paradise and unique exciting wilderness mountains forested with greatest altitudinal range of forest. It is one of thirty-four “World Biodiversity Hotspot” and one of 200 WWF Ecoregion of global critical importance, and the cultural heritage at the coastal cities of Bagamoyo and Kilwa and beach of Tanzania mainland.

Day 1: LAETOLI/OLDUVAI GORGE
In the morning drive to Ngorongoro Laetoli archaeological site for viewing the footprints of the three Australopithecines, which have been preserved for some 3.6 million years. Those footprints are the proof that our Australopithecine ancestors were bipedal, and walked in a modern manner, heel first, and then toe. In the afternoon transfer to Olduvai Gorge the archaeological site for viewing the richness of fossil fauna, many hominid remains and items belonging to the one of the oldest stone tool technologies, called Olduwan. The time span of the objects recovered date from 2,100,000 to 15,000 years ago. Launch, dinner and overnight in Ngorongoro.

Day 2-3: ENGARUKA
After breakfast, transfer to Engaruka archaeological site for viewing the place where the Iron Age in East Africa discovered and to see some remains of the Iron Age tools, which where discovered there. Launch, dinner and overnight in Engaruka and one the next day visit the villages around Engaruka and learn their culture, after launch by 15:00 drive to Arusha. Dinner and overnight in Arusha.

Day 4: TANGA
After breakfast, drive to Tanga with packed launch. Dinner and overnight in Tanga.

Day 5: AMBONI CAVES
After breakfast, drive to Amboni Caves with packed launch for viewing the remains of bones of early human beings and animals and to see the practicing of various spirits of local tribes which, filled with offerings like obsidian blades and pottery. Fertility offerings are also made at one of the shrines. The caves were formed during the Jurassic Period, over 150 million years ago, and lie mostly underground. In the evening go back to Tanga town. Dinner and overnight in Tanga town.

Day 6-7: SAADANI NATIONAL PARK
After breakfast, transfer to Saadani National Park for game viewing. Next day in the afternoon drive to Saadani village where there are ruined walls of Arab built fort that was used as a holding cell for slaves and then a customs house during the German colonial times. Visitors can take part in a cultural program offered in the village to learn about local life and the history of the area. All meals and overnight in Saadani.

Day 8: BAGAMOYO
After breakfast, transfer to Bagamoyo, which is the historic town where there is Kaole Ruins are a major attraction just south of Bagamoyo. The ruins date back to the 13th C and consist of two mosques and 30 tombs. The older of the two mosques is thought to date to the third or fourth C, making it the oldest mosque on the mainland of East Africa. The mosque provides evidence indicating early contact between Africa and the Islamic world.

The ruins can be reached on foot by following the beach past Kaole village and in to the mangrove swamps, the stone pillars are quite noticeable and will act as your guide, or visitors can travel the road past the College of Arts.

Day 9-10: KILWA KISIWANI AND SONGO MNARA ISLANDS
After breakfast drive to Kilwa (Lindi) with packed launch and dinner and overnight in Kilwa sea view resort campsite. On the next day after breakfast, sail by traditional dhow to Kilwa Kisiwani and Songo Mnara islands with packed launch for historical tour. Late afternoon sail back to the mainland to relax on the beach. Dinner and overnight at Kilwa Seaview Resort campsite.

Day 12: SELOUS GAME RESERVE
After breakfast drive for whole day tour. Selous Game Reserve is the largest game reserve in Africa (second largest in the world). Selous holds large numbers of wildlife, most of it along the mighty Rufiji River. Due to seasonal flooding, it has created along its course many permanent lakes which are centers of wildlife activity. In addition to a large population of elephants, there are buffalo, wildebeest, zebra, waterbuck, eland, lion, leopard, wild dogs, hippo, crocodiles, etc., and over 350 species of water and land birds. Only in Selous one can experience the thrill of a walking safari, which assures close contact with wildlife.

Day 13: SELOUS GAME RESERVE
After breakfast walking safari with game ranger for 2-3 hours and in the evening, game drive back to the camp. Launch, dinner and overnight in Selous game reserve.

Day 17: ISIMILA STONE AGE SITE
After breakfast, transfer to Isimila stone age site and archaeological site in Iringa with packed launch. There will view the remains of tools, stone artifacts and bones of the animals which discovered in 1951 and excavated in 1957 and they are believed to date from 60,000 years ago, and also you can see a watering hole and a place to hunt for early hominids. Isimila Stone Age site is in the gully, so in this also you can see different geographical features such as pillars of limestone that were left standing over the millennia. This site is worth the journey and has become popular in picnic spot. Launch, dinner and overnight in Iringa (Baptist center)

Day 18: DODOMA
After breakfast drive to dodoma via Mtera dam to view the water falls and go to dodoma for town to view the capital city of Tanzania. Launch, dinner and overnight in Dodoma.

Day 19: KONDOA ROCK ART SITE
After breakfast, drive to Kondoa rock art site in Kondoa Irangi for viewing the rock painting arts, which is in a series of caves carved into the side of a hill looking out over the steppe. In the evening drive to Babati. Dinner and overnight in Babati.

Day 20-21: BABATI
After breakfast, departure for Babati. Visit Managhat village, original home of the Gorowa tribe to see the dairy activities of them. Launch, dinner and overnight in Babati. On the second day visit a respected Gorowa tribesman Mzee Kwaraa for insight on Gorowa culture such as marriage ceremonies, rain prayers, burial, religious and circumcision rituals and lastly climb Bambaay Hill from where you can see beautiful Rift Valley landscape with Lake Babati and Lake Manyara and the Maasai Steppe. This is a half day tour and in the afternoon departure for Hanang.

Day 21: HANANG
After launch, meet with Barbaig tribals and gain cultural insight on their marriage procedures, burial rites, local taboos, and way of making ornaments and goatskin dresses, and their daily activities. Dinner and overnight in Hanang.

Day 22: TARANGIRE
After breakfast, departure for Tarangire to see Maasai people, learning about their culture, and their lives. The activities include: hiking, bird watching and guided cultural visits including information about the way Maasai use medicinal plants. In the evening drive back to Arusha.

The price does not include:
•International Flights
•Transfers from/to airport
•Softdrinks or alcohol
•Tips
•Things of personal nature