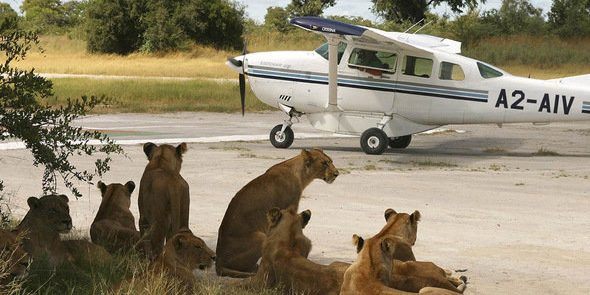 If an extended driving safari is not going to work for you, there is an option to fly to different National Parks, then you may consider a flying Safari to the northern circuit e.g. Lake Manyara, Ngorongoro Crater and the Serengeti.

Day 1: Arrival Day
Arrive at Kilimanjaro Airport, meet and greet, and then transferred to your Hotel for dinner and overnight.

Day 2: Arusha – Ngorongoro
At 08:00 fly from Arusha to Lake Manyara Airstrip for transfer to your Lodge in Ngorongoro for lunch. In the afternoon descend the crater floor for game viewing. Later in the evening return to your lodge for dinner and overnight.

About Ngorongoro:
Eight Wonder”: NEARLY two million years ago, Ngorongoro Peak towered
almost as high as Kilimanjaro. Both these Mountains formed the highest peaks in Africa at that time. The Ngorongoro Volcanic peak collapsed beneath the volcano to form a caldera, the largest unbroken and unflooded in the world today. Although a geological feature formed by the withdrawal of molten in this manner is correctly called a caldera, many people are traditionally used to the term Crater and hence Ngorongoro Caldera is described as crater in all the records available. Ngorongoro Crater is one of the few natural places in East Africa where one can guarantee sightings of the rare black rhino in their natural setting. Visitors to Ngorongoro can enjoy walking around the area. Long walking safaris and short hikes are both adventurous and rewarding. Within the Ngorongoro Conservation Area are ore about the cultures and traditions of the Maasai, a pastoral tribe allowed to herd their cattle within the protected area.

Day 3: Ngorongoro
Another full day of game viewing in the crater. After breakfast with your lunch box, descend into the crater floor for full day game viewing. The crater is rich in wildlife and the day will be filled with sights and sounds of the wild echoing within the crater walls.

Your packed lunch will be served on the crater floor at the picnic site near Lerai forest or hippo pool. Many crater visitors want to see rare species, “the Black rhinoceros’, this is the right time, because during the dry season is very hard to see them as they are afraid of sun burn. Late afternoon ascend the crater and then drive to Arusha for your dinner and overnight

Day 4: Ngorongoro – Arusha – Home
After breakfast drive to from Ngorongoro Lake Manyara airstrip to connect 1230hrs flight back to Arusha

End of our service

Package above exclude:
– International flights.
– Hot and cold drinks.
– Airport transfers from Kilimanjaro Airport to Arusha and return (book with us for US$ 60 per vehicle per transfer).
– Tips to the driver/guide
– All items of personal nature/use.
– And all not mentioned on the plan